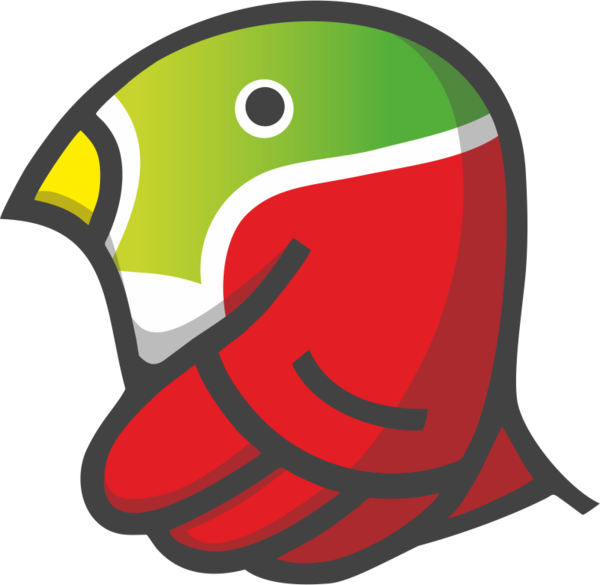 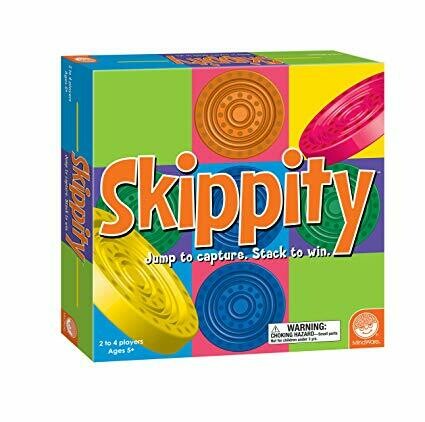 It's easy to learn and fast to play-kids will jump at the chance to play Skippity. Use straight-line leaps to capture and stack the skippers you hop over. Any skipper can be your jumping piece; they're all fair game! Capture the colors you need while blocking your opponents from capturing the colors they need. When you have one of each color, its a set. The player with the most complete sets wins. 2 to 4 players.

Age Recommendation: Ages 5 and up

Object: Capture the most complete sets of skippers to win the game. A complete set includes one of each color skipper.

Setup: Mix all the skippers together. Randomly put one skipper on each square on the board. Take off the four skippers at the center of the board. These will not be used in the game.

Starting the Game: The oldest player goes first. Play continues clockwise around the board.

Play: On your turn, use a skipper that is on the board to jump over and capture another skipper. The skippers do not belong to any player until they are captured, so on each turn you can use any skipper that is on the board as your jumping piece. All jumps are in a straight line rather than diagonal. This means you can jump and capture skippers that are vertically or horizontally adjacent to your jumping piece. To jump: choose a skipper, lift it over the skipper you are jumping and put it down on an empty square that is adjacent to the skipper you just jumped. See examples of play to see how the jumps work. You are allowed to use a skipper to make multiple jumps (and captures) if it is possible to do so. A skipper can change direction as many times as necessary to make multiple jumps. You capture each skipper that you jump over. You do not have to make a multiple jump if you do not want to. Once you capture a skipper, you claim it and stack it on the corresponding color circles at your edge of the board.

End of Game: The game is over when there are no longer any jumps remaining on the board. Usually there are still skippers left on the board, but they are spread out so that they cannot jump or be jumped. No one claims the remaining skippers; they stay on the board.

Save this product for later
Display prices in: EUR 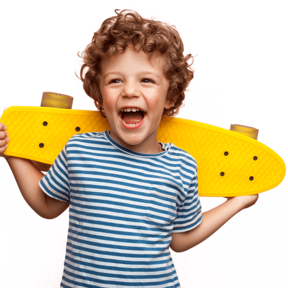 We believe that gamification makes the learning process more meaningful and motivating. That’s why throughout the whole Abakus course we use various educational games: logic and brain games. Every game has been tested by our team to be sure it meets our high standards.

For clients in Warsaw, the purchase of materials is available at the Abakus Center head office by prior arrangement.